When to consider a rebrand, part 3 of 5

If the market has changed, change with it
Author: 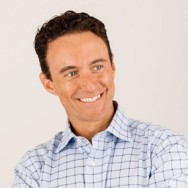 Brands are built (hopefully) on a thorough understanding of the market/industry. That understanding shapes how brands speak to consumers, what they talk about, and how they make consumers feel. But it’s not a once-and-done job.

Markets and industries are dynamic. Significant shifts in what consumers want, need, and value happen over time and can dramatically change how consumers behave and what they respond to—positively or negatively.

Imagine getting served up a cigarette ad on Facebook claiming that brand was “just what the doctor ordered,” a common and totally acceptable promotion in the 50s. Now, not so much. That’s an extreme example, but far less extreme market shifts can leave your brand looking out of touch and irrelevant, costing you both current and potential customers.

It’s critical that you pay attention to trends and recognize when it may be time to recalibrate your brand to be in sync with where the industry is now and where it’s headed in the near future and beyond.

Starting in the mid-1960s, Weight Watchers was in the business of (not surprisingly) weight management services. The name pretty much said it all. But, in recent years, it no longer said enough.

In 2018, in response to a market shift from emphasizing weight to promoting wellness, the company decided to rebrand from Weight Watchers to WW. As part of this rebrand, the company also focused on updating its app to better compete with a growing number of digital health and wellness tools, such as MyFitnessPal, which have become serious threats to market share.

It’s clear that the industry demanded a different approach and WW answered the call. Two years after the rebrand, weight-based body shaming is getting national attention and scorn, thanks in large part to celebrities who speak out about it. As WW, the brand is in a better position to join the conversation.

Some critics point to issues in the rollout of the WW brand that may have diluted its impact. It’s an excellent reminder that creating a new brand is only a job half-done. Your investment in a rebrand MUST include a comprehensive and adequately funded activation plan that brings customers along for the journey, or all your work will be for naught.

Read about other times to consider a rebrand in Part 4.